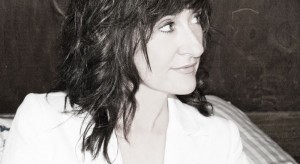 With a picturesque sound that is distinctly American yet colored by the exotic, Carrie Wade is a recording artist who delivers her personal evocations with powerful subtlety and a sublime sense of emotion.  Filmic textures harken back to the classic soundtracks of the 1960s, from which melancholy and simplicity of the time merge into the modern world of today where Wade’s songs move the audience in the sometimes violent, sometimes peaceful ebb and flow of living.  Joy, sorrow, regret, love, hope, betrayal, and soft-driven heartache are immersed in lyrics where struggle and triumph break through to resilience, settling into a profound, sensual intensity only Wade can evoke.

Wade’s debut album, The Old Ways blends a palette of disparate genres and unusual instrumentation into an artful whole of beautiful substance.  Wade conceived The Old Ways in collaboration with two select co-producers.  As a multi-instrumentalist, Peter Kearns of New Zealand provided arrangements incorporating funky piano, swirling mellotron, harmonium, and elegant string arrangements among other inventive combinations.  Bruce Springsteen cohort Marty Rifkin lent to The Old Ways a refined sense of Country, Blues, Folk, and Rock with his Nashville-caliber command of pedal and lap steel, dobro, electric and bass guitar.  Modern as they are reflective of pop’s halcyon years, Kearns’ contributions were interwoven in natural concert with the more American traditions represented by Rifkin. 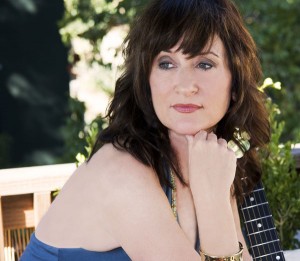 Wade’s music has attracted listeners hungry for songs where expectations are heightened rather than lowered, making “It’s Just Blood,” “Needles In The Waves,” “Cuddling With Doom,” and the title track popular staples of terrestrial and internet radio stations alike.  At iacmusic.com, five of her songs have entered the Top 10, with three reaching #1.  Recently, an acoustic track not on the album, “Broken Soldier,” had the distinction of not only enjoying seven weeks at #1 on IAC’s Folk/Acoustic Rock/Americana chart, but was also lodged for a good while at #39 on Neil Young’s Living With War Today page at neilyoung.com.  Other recognitions include Los Angeles Music Awards’ Adult Alternative Female Singer-Songwriter of the Year for her song, “It’s Just Blood.”  As the second song on The Old Ways, “It’s Just Blood” also has been featured in the Top 500 entries of Billboard’s World Songwriting Contest.  Print media, including Maverick-U.K (with their upcoming review in their July 2011 issue), RootsTime out of Belgium, laexaminer.com and bluerailroad.com are taking notice of and responding quite favorably to The Old Ways